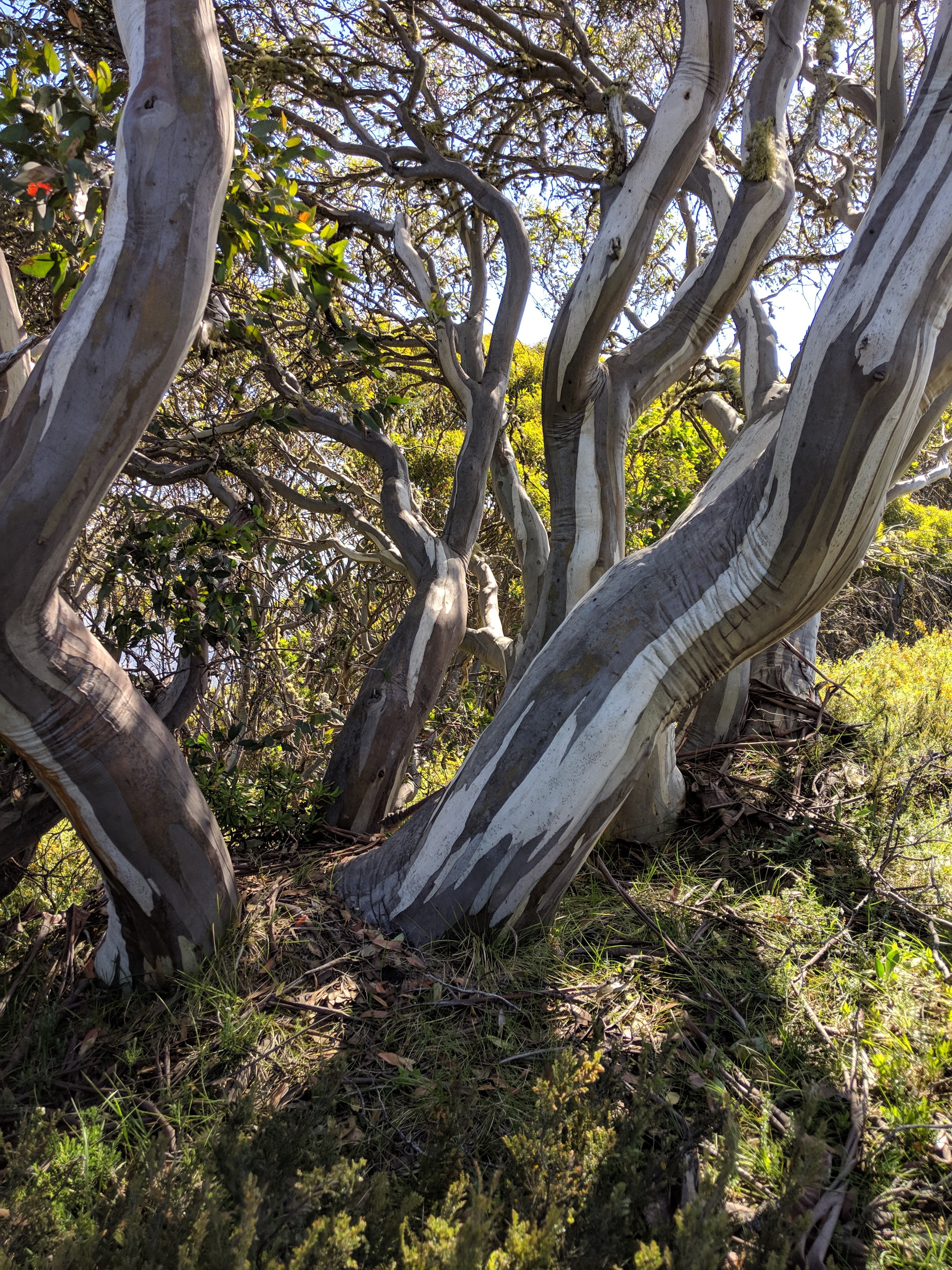 Eucalyptus Pauciflora subs niphophila, is one of the sub-alpine plants to be grown at Cranbourne.

The leading role that the Royal Botanic Gardens of Victoria, Cranbourne will play in conservation and preservation of rare native plants, is highlighted in a video filmed at Cranbourne, for Botanic Gardens Day in May. In Conservation,  John Arnott, Manager of Horticulture at the Cranbourne Gardens, discusses the key role that botanic gardens can play to preserve species which may become endangered because of changes to the climate.

As discussed in the video, recently a team from Cranbourne, Melbourne and other major botanic gardens travelled to the moist mountains of Queensland’s Wet Tropics World Heritage Area, which are a temperate refuge for a number of tropical plant species found nowhere else on earth and under threat of increased temperatures.

The aim of the expedition was to collect and record these rare species, and then ultimately strive to propagate and cultivate them outside their habitat to develop a ‘backup’ population, in case they become extinct in the wild.

Cuttings collected are to be raised by the Australian National Botanic Gardens and Cranbourne Gardens, while further work is done on seeds and samples collected as part of this collaborative project.

ALPINE SPECIES LESS LIKELY TO ADAPT TO A WARMING CLIMATE

The Royal Botanic Gardens Victoria is introducing an important new…

Of Friends and Gardens published

Showing how a sand mine in unloved and ignored bushland…