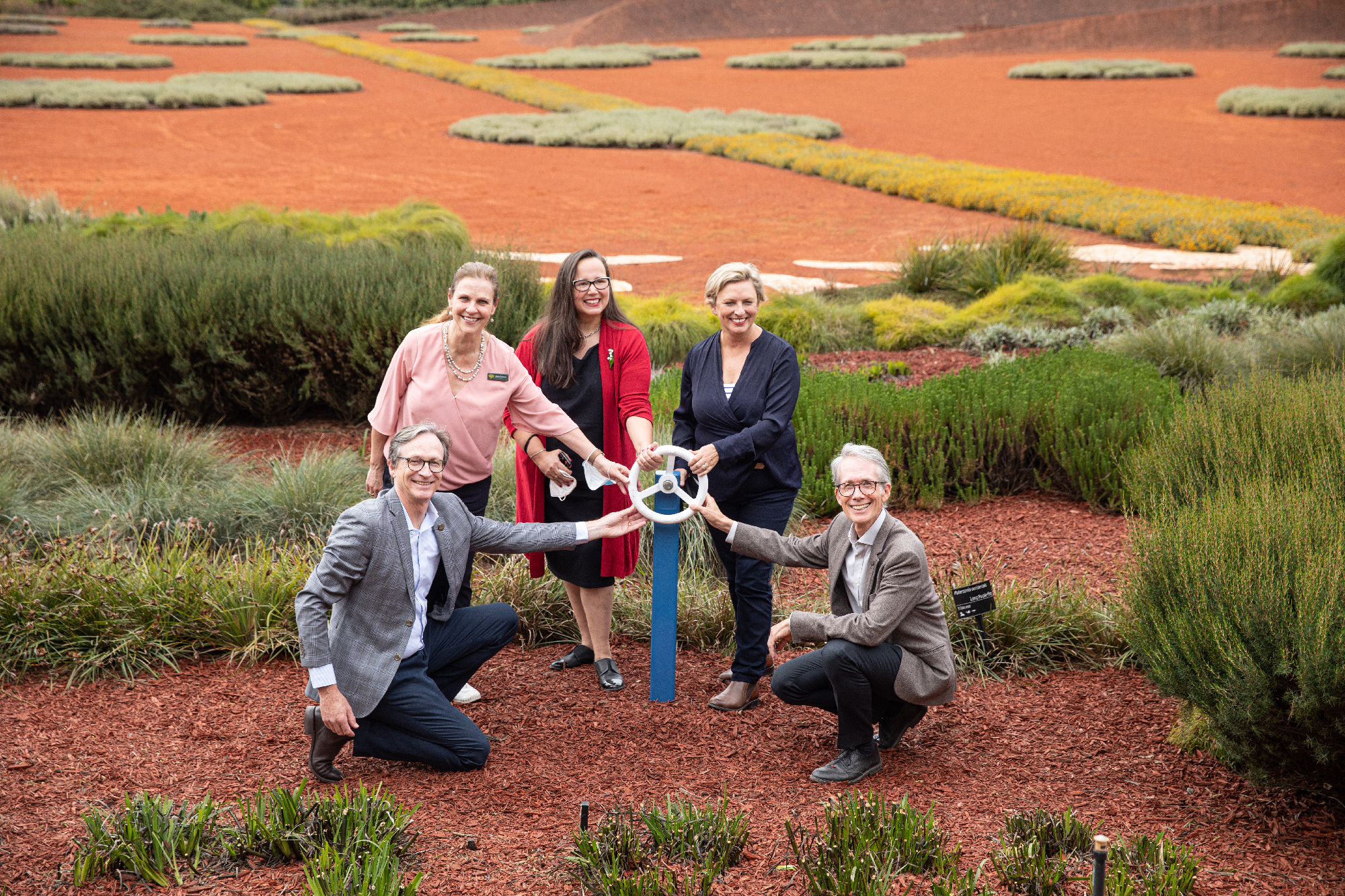 Official opening of the water treatment plant at RBGC

Royal Botanic Gardens Cranbourne is now using treated recycled water from the Carrum Downs Eastern Treatment Plant to irrigate the Australian Garden. The Cranbourne Friends congratulate the Gardens on achieving this goal, which means the Gardens are now free from reliance on Melbourne’s regular ‘potable’ water supply for irrigation. A step forward in sustainability, the project includes installation of solar panels on the main office.

Other organisations using recycled water for irrigation include the nearby racecourse and local vegetable growers.

The water treatment plant was officially opened on 18 February by the Hon Harriet Shing MP, Parliamentary Secretary to the Minister for Water, accompanied by Cranbourne member the Hon Pauline Richards MP.

New volunteer positions! Can you help?

Thank you to all the Friends members who completed the…

A new regional park is planned for Clyde, east of…

Posted @withregram • @thethriftygardener Such a

You're invited to join us as we go exploring for f

'Of Friends and Gardens: A History of the Cranbour